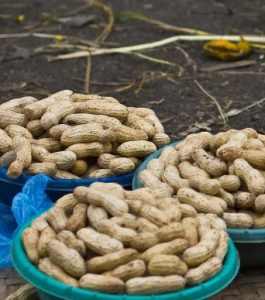 Common Name: Geocarpa groundnut
Description
Macrotyloma geocarpum is also known as the ground bean, geocarpa groundnut, Hausa groundnut, or Kersting’s groundnut. In French, it is often called la lentille de terre. M. geocarpum is an herbaceous annual plant and a crop of minor economic importance in sub-Saharan Africa, tolerant of drought, with a growth habit similar to that of the peanut.M. geocarpum is a pulse belonging to the legume family. It is primarily produced in western Africa, specifically in Benin and surrounding regions. It can provide nutrition, income, and the ability to alleviate hunger given the further production and enhancement of current practices. . . . .Read more