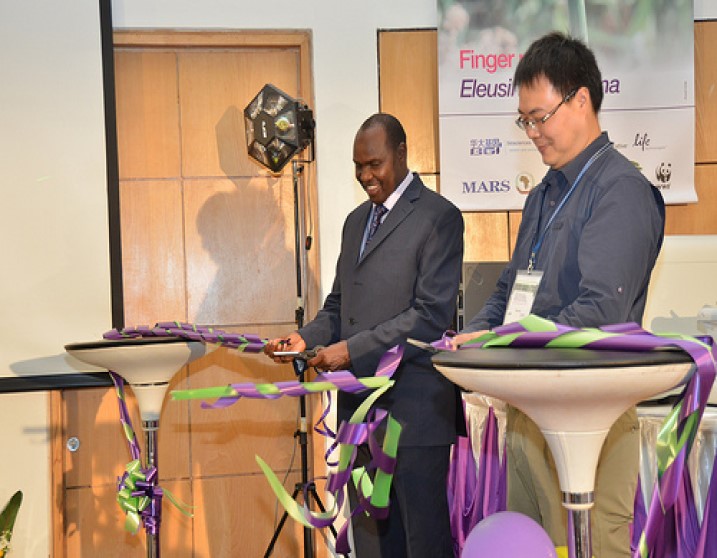 Hearty applaus­­e mingled with the sound of drumbeat at the World Agroforestry Centre (ICRAF) as the African Plant Breeding Academy came into being shortly after midday on 3 December 2013. The Academy, an initiative of the African Orphan Crops Consortium (AOCC), is hosted by ICRAF and will be used to train around 250 African scientists in the latest biotechnological techniques to optimize the yield and nutritional content of 100 important but little-researched edible crops and trees native to Africa. Grown widely on farms, the improved varieties will help address the serious challenge of poor health caused by chronic malnutrition and recurrent episodes of hunger among Africa’s populations, especially the rural poor.